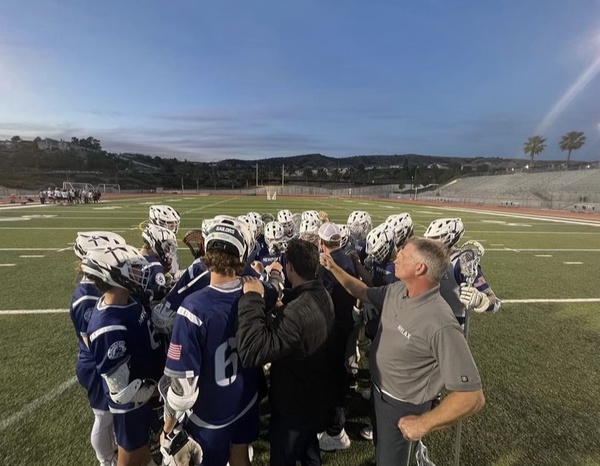 wLacrosse is a competitive and fun sport. David Todd, who coaches the boys team, is very passionate about his student athletes being the best they can be. Todd spoke via email with the Beacon’s Cagney Sweeney about this enticing sport and let students know what they can expect from lacrosse.

CS: What is your experience with lacrosse?

DT: [I] have been coaching lacrosse for the last 20 years both at the youth and high school level in Orange County.

CS: Why did you want to coach?

DT: Lacrosse has brought so much joy in my youth that I wanted to share this awesome sport with everyone I could.

CS: How can students try out for your sport? Do you cut students?

DT: We have summer camps at NHHS, and at the beginning of the school year we will set up tryout days. As of now we are not a cut sport.

CS: What kind of student would enjoy this sport?

DT: First off, we are very proud of our sport’s overall GPA compared to other sports. 98% of our seniors over the past six years have gone off to college. The typical lacrosse players should have a youth background of soccer, basketball, baseball, football, and hockey. It is a very demanding sport and is not for everyone. We are looking for athletes that have excellent hand/eye coordination, that enjoy contact, and love to run.

DT: We lift weights then go to field practice, where we run drills that involve improving one’s skills. We scrimmage as well. Oh yeah… we run… a lot.

CS: What skills are necessary to do well in this sport?

CS: What kinds of stuff are students expected to do outside of practice or games?

DT: There are many things for the lacrosse player to do outside of regular practice: i.e., wall ball, ladder drills, sprint works, and participating in other sports like football, basketball, etc.

CS: What can a student do to get better at this sport?

CS: What kinds of feedback do you usually get from students about this sport?

DT: They fall in love with it and create lifelong bonds with their teammates.

CS: What benefits would students obtain from playing this sport?

DT: Cardiovascular endurance. Since lax players are constantly running up and down a field that’s 110 yards long and 60 yards wide, this seems like a no brainer! Socialization. Coordination. Discipline. A full-body strengthening workout.

CS: How can this sport help students in their future?

DT: There are so many opportunities for players in So Cal since we can play year round, as opposed to the East Coast were they are limited due to the seasons. College coaches are starting to notice more and more players going to college to play lacrosse that are from So Cal.

CS: Is there anything you want students to know about this sport?

DT: It is the first original American sport. Lacrosse was played by the Six Nations of the Iroquois (in what became upper New York state and lower Ontario) long before Christopher Columbus landed in the New World. The sport was then much rougher than it is today. Among some tribes, as many as a thousand players took part on each side, goals were miles apart, and a game could last as long as three days. Each player tried to disable as many opponents as possible with the stick he carried and afterward concentrate on scoring a goal. The Cherokee called their version of the game “Little Brother of War.” Because of the endurance required and the injuries that had to be borne with fortitude, it was considered excellent training for combat. Among many tribes, the game was as much a mystic ceremony as a sport and was preceded by complex rituals and a solemn dance. In some areas, men and women played together, and in other areas women had their own version of the game. Indians on government reservations in the United States and Canada still field strong teams. To the first French settlers in Canada who saw the game, called baggataway, or tewaraathon, by the Indians, the shape of the implement used to catch, carry, and throw the ball suggested a bishop’s crozier (la crosse), giving the sport its name. There is so much more to the history of the sport, we could go on for days about the evolution of the game to how it is played today.