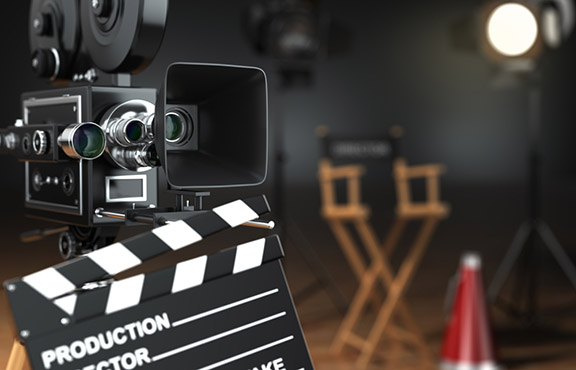 Studying film can take a viewer into another world. Knowledge expands at the hands of Cori Ciok, leading the next generation of moviemakers. Ciok teaches her students to analyze films the same way they do literature, learning about cultural history and filmmaking techniques along the way. Ciok spoke with the Beacon‘s Cagney Sweeney about the intricacies of the course.

CS: Which elective class do you teach?

CS: Why did you choose to teach this class?

CC: Before we had IB Film at this school, we had a film class that we just called American Film and Culture that had been taught here, before I took over, by another teacher. I taught that class for probably seven or eight years. And then we got [the International Baccalaureate program], and I [started teaching IB] Film.

CS: What kind of student would enjoy this class?

CC: It’s an art. So students who might enjoy filmmaking — you know, like to make YouTube videos and like to do all that. But when we looking at the history and theory behind the films, it’s a little different than Mr. Hoist’s class. This is where you study film as an art.

CS: What is a typical day in your class like?

CC: Kind of depends where we are. Yesterday, we were doing film production things because we were in the middle of planning the next activity, so they met with their groups and they created loglines, short synopses of their film.

CS: What are the most popular activities or projects students do in your class?

CC: This year is a lot of just learning about the language and watching a lot of films, and then they are given scenes and that’s kind of what they are accessed on: breaking down the scenes you see and what it means. And then they will make three-minute movies in groups.

CS: What kinds of work are students expected to do outside of class?

CC: Outside of class, they just make their films and do the scripts. I give a lot of class time, so if they work slower they have to finish at home.

CS: What kinds of feedback do you usually get from your students about your class?

CC: They tend to really like it. They go to the movies and apply all the stuff I’ve taught them, like look at the cinematography and the certain shots, how the director moved the actors around. They tend to like it.

CS: How do students get a good grade in your class?

CC: If they come to class every day, they learn the language, just like learning English, history, math, and science your whole lives. But this is something they’ve never really had the opportunity to take, so there’s a whole different set of vocabulary. So learning that and being able to apply it, kind of taking all of your outside knowledge from history and how that works.

CC: Yes, they have to be juniors. It’s a two-year class in the IB program; all of our IB classes are for juniors and seniors.

CS: What benefits would students obtain from taking this elective?

CC: I think it’s a different way to show your knowledge. Not every kid I have is an AP/IB kid; this might be the only one they’ve ever taken. But they might like the art of it, so they’re willing to put in the work. It’s just another way to critically think. You learn research skills. Any kid can like it; it’s for everyone.

CS: How can this class help students in their future?

CC: You learn some editing skills, you learn some photography skills. You learn to work in groups, collaborate schedules, stick to them. And just to take something artistic instead of always being math and science. Take a higher level and work on the same skills but for the art background.