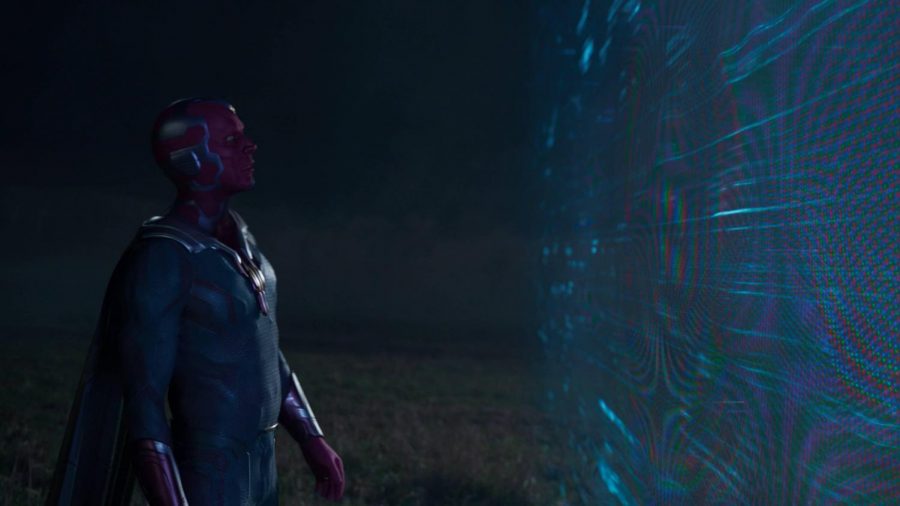 This last week’s “WandaVision” episode introduced us to Billy and Tommy’s powers, showed us a little more about what “Pietro” might be up to and gave us more questions than answers. My name is Bryce Rennick, and this is your weekly “WandaVision” review. Before we get started, I’d like to just point out that for this review, I’m actually going to focus more on the two most important questions that are floating around:

Who is the aerospace engineer Monica is calling for help?

Who (or what) really is Pietro, and what are his motives?

Now, I will recap the episode quickly, because there are some big things that went down. We see Wanda and Vision “not fighting” (but most definitely fighting), which shows how their relationship is starting to break apart, even if Vision is (or was) being partly controlled by Wanda. Pietro and Wanda take Billy and Tommy out for Halloween, in which “Uncle P” starts getting the kids into trouble, and eventually they get their superpowers.

Monica, Darcy and Jimmy get kicked off of the S.W.O.R.D. base but take out some guards and start sneaking around, only to find that Hayward, who seems to be acting hazardously, actually has a card up his sleeve he wasn’t telling a lot of people about. He had been tracking Vision the whole time, and they see that Vision is getting awfully close to the board of “the Hex.” Monica and Jimmy leave to go meet Monica’s aerospace engineer (whom she also referred to as “my guy,” so that might be an indication of who it is).

Lastly, Vision breaches the board of the Hex, finally going into the outside world, only for Billy to develop his powers at the right time and hear his father screaming. He tells Wanda, and she expands the boards of the Hex, bringing a dying Vision back in, as well as Darcy and a bunch of other S.W.O.R.D. agents as well.

That’s what happens in the episode. Pretty eventful, but the only two things we want to think about for right now are those two questions from before.

Let’s start with the aerospace engineer. Many are saying it’s going to be Reed Richards. For those who don’t know who that is, it’s Mister Fantastic from the Fantastic Four, who Marvel has confirmed will be coming to the Marvel Cinematic Universe. Reed would be a welcome addition to the MCU; I mean, he is a part of Marvel’s first family, plus he is one of the smartest people in the Marvel Universe, so this would make sense.

Another person could be Blue Marvel, Adam Brashear. Adam and Monica have had a romantic relationship in the comics, making his involvement in “WandaVision” a definite possibility. What makes his involvement even more probable is the fact that he is a physics professor in the comics. He may not be an aerospace engineer, but he is smart enough to possibly help them out.

And the last person I’ll be talking about today is Iron Heart, Riri Williams. Riri is a 15-year-old engineering student who ends up creating her own iron suit, using it to fight against criminals. Iron Heart could definitely happen because of Young Avengers. She’s a young enough hero who would be a great addition to that team, which definitely looks like it will be happening since we have Billy and Tommy, plus Kate Bishop being introduced in the “Hawkeye” series.

There are plenty of more people who could be this engineer: Hank McCoy, Sue Storm, Abigail Brand, Victor Von Doom. But those are the three I think it could be.

Now onto Pietro — naughty, naughty Pietro. Personally speaking, Pietro in this episode was amazing. He felt and acted like just how he is in the comics, and Evan Peters does a wonderful job portraying him.

But Pietro got a little weird this episode when he sat down with Wanda and started talking “sibling to sibling” about the Hex and what she’s doing, started making a lot of people believe this isn’t Pietro and in fact is Mephisto (or whoever could be controlling Wanda). Mephisto, who is a Doctor Strange villain and basically Marvel’s version of Satan, would make sense, with “Doctor Strange in the Multiverse of Madness” coming.

I think this isn’t the case. Part of me believes it could be Mephisto, but another part of me believes that Wanda is still working subconsciously, doing things she isn’t aware of. I think she needed someone to talk to, someone who knows her well enough that she feels comfortable with. It seems like she is slowly losing her mind and her control, which is why she could’ve subconsciously brought in Pietro from another universe just to have someone to talk with, since she and Vision are fighting.