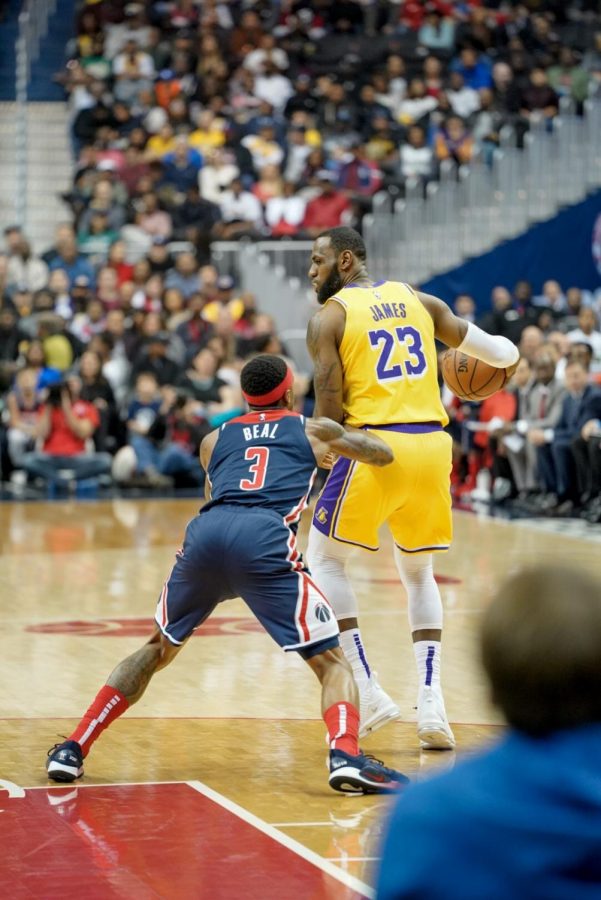 Curry has risen to the top tier of basketball and fame over the past couple of years and has gained the title of the greatest shooter the game has ever seen. With his effortless stroke, this debate isn’t very close. With his three NBA titles and two MVP awards, he deserves his placement in the top ten players in basketball. After his short season last year, thought, ending on an injury, he needs to prove that he can do what he has done in years past to move higher.

When Jokic was drafted in 2014, taken in the second round with the 41st pick, no one ever expected the talent we now see from him today. But his development has made him the best center in the game today with his shooting, passing and scoring ability. We’ve never seen a player quite like him at seven feet in height. Not only this, but he is still a young player on the ascent in the NBA, and he will possibly make it even further down the list in the coming years.

Harden is one of the most talented offensive players the NBA has ever seen, with his isolation ability and his shot creation. He makes difficult shots very consistently in the regular season, but not when it matters most in the playoffs, which is why he isn’t further down the list. With that said, he has won three scoring titles in his 10-year career, which is impressive to say the least.

Lillard is one of the best offensive players in the game today at the point guard position, with the ability to shoot from anywhere on the floor during the regular season and when it matters most, the playoffs. He also has extraordinary playmaking ability that very few have. Despite the lack of talent on his team in years past, he has been able to take his team far into the playoffs, which is remarkable.

Doncic is out of this world when it comes to the game of basketball, considering he has only been in the league for two years and is already in this upper tier of players. At the age of 21, he is on track to become one of the greatest players of all time. Yes, it might sound crazy, but he is almost averaging a triple-double at such a young age, which is one of the hardest things to do in the NBA. He was not only impressive in the regular season but also in his first playoff series against the title favorite Clippers, taking them to a six-game series out of seven.

If there was one word to describe Durant it would be unique, because unlike other seven-footers he can score anywhere on the floor. His three-point shot is deadly, and his ability to post up is nearly impossible to defend. He is talented on defense as well; at seven feet with a very long wingspan, he can truly guard almost anyone at a high level. KD can do it all, which might make you wonder why isn’t higher up the list. He is at five because of the fact that he is coming off an injury during the 2019 finals. Tearing his ACL could be catastrophic for his ability, so the question is, can Durant continue to play at a high level? This question will be answered this upcoming season, and if he proves he can, Durant will be top three for sure.

Coming off his first championship with the Lakers, Davis has proven he is a top-four player merely because of his near-unstoppable dominance while on the floor. His ability to post up is better than everyone else in the league. And at his size and position, he has a pretty good shot from the three or the mid-range, so he must be guarded that far out on the floor. Along with all of these offensive abilities, AD is a top-tier defender, getting second in voting for the defensive player of the year award.

Antetokounmpo has the rare ability to improve every year, and not just any improvements but significant ones as well. And he has the accolades to back it up, being a back-to-back MVP these past two years. While his shooting ability needs improvement, it is by no means bad and is still effective; his driving ability, though, is what makes him so good. He is just too strong, fast and athletic to be stopped consistently. Not only is he scary on offense, but he is also one of the best defenders in the league, getting the defensive player of the year award this year too.

Before this year, Leonard was considered the best player in the world by many; with his ability to play elite offense and defense, he is by far the best two-way player in the world. He has a deadly three-point shot and can score in any mid-range situation. He can also post up, with his unmatched strength at his size and position. He has two championships under his belt, winning finals MVP in both of those. Not only has he won championships in the past, but he is in a position to win many more in the future with the Clippers and their elite team of players.

I think this goes without saying: James is the best player in the world right now and proved it in the best way possible this year, winning his fourth championship and first with the Lakers. His ability to create a perfect offense is amazing, with shot creation and passing ability that very few have. On top of all this, James is 35 years old, which just shows his skills; at such an old age by basketball standards, he is proving his top-tier play and place in the all-time rankings.