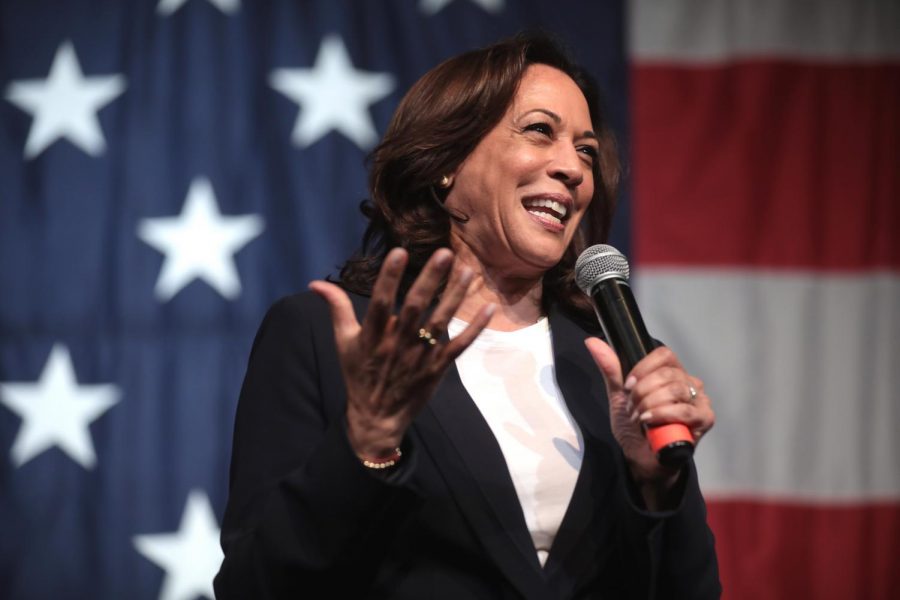 The election of Kamala Harris as the next vice president of the United States is the year’s top moment for women, says Elle Vincioni.

Best of 2020: The Moment of the Year for Women is Kamala Harris as VP-Elect

As 2020 ends, we are undoubtedly looking back at one of the most unforgettable years in history. From the COVID-19 pandemic to the protests and riots that occurred throughout our nation and around the world, this was a year of doubt for all of humanity. Through these turbulent times, however, great hope emerged for many with the election of the first woman to become vice president of the United States. Kamala Harris not only broke the gender barriers of the White House, she also became the first Black woman, the first Asian-American, and the first Indian-American to earn the title of vice president-elect.

Like young women at Newport Harbor High School and around our great country, I have grown up hearing the echoes of the inspiring speeches of the great Geraldine Ferraro, and I have exalted with the hope of the commanding and talented Hillary Clinton breaking the glass ceiling resting invisibly over our heads, waiting for us to rise. This year, Kamala Harris achieved new heights, and in the process shattered the boundary between women and leadership, moving into the second most influential role of leadership in the Western world.

As I watched the senator from California become the vice president-elect of the United States, the voices of those aiming to “protect” the daughters of the American homeland from unnecessary headaches – raising them to become future second ladies rather than the next vice presidents – slowly faded,  never to be heard again.

This year, when our vice president-elect appointed three women as her chief of staff, her domestic policy advisor and her national security advisor, we, the young women of Newport Harbor High School, knew that the murmurs of the doubtful – who we have heard whispering throughout our lifetimes that leadership only has one gender – would be silenced on January 20th, as we enter a new era not just for American women, but for women in leadership around the world.