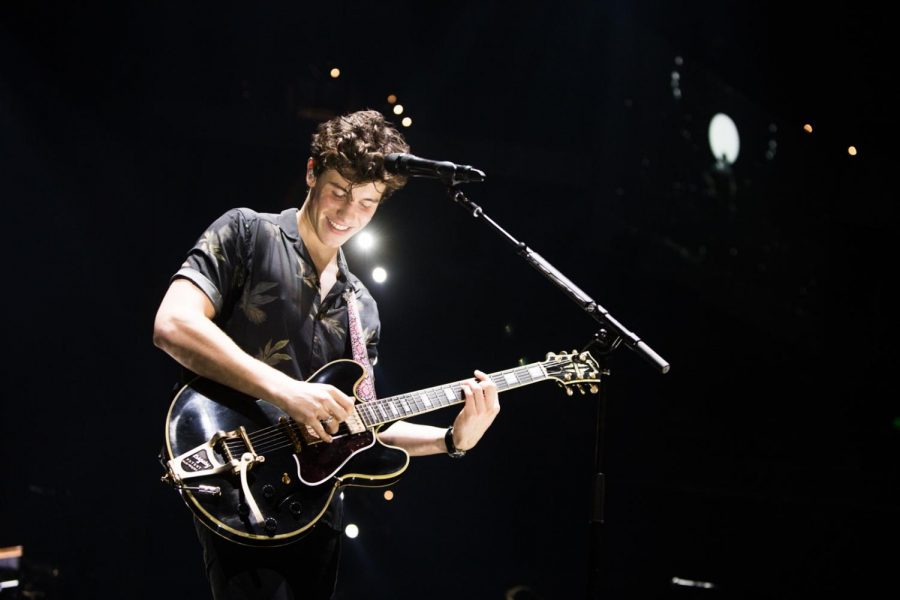 Ready to feel like Alice, getting lost in the dreamy atmosphere of Wonderland? Then plug in your earbuds and immerse yourself in the mystic music from Shawn Mendes’ fourth and newest studio album, “Wonder.”

“Wonder” markets Mendes’ new approach to pop rock. Prior to this album, Mendes’ music scraped the surface of his romantic feelings for a certain lover through contemporary hi and lo-fi chord progressions and tempos. For the last seven years of his career, these albums have revealed the lover to be a metaphorical one. Now, the switch is flipped completely.

Each soundtrack is freshly infused with 1960s, 70s and ‘80s musical references, riffs and fills, encapsulating Mendes’ “wonders” about life and unconditional love for his partner, pop star Camila Cabello. Mendes’ newest set of songs create a masterful ricochet that makes this album as a whole the best pop album by a male artist this year.

One of the best aspects of Mendes’ album is the vulnerability in his lyrics. Pinpointing life as a mega pop icon, specific songs such as “Call My Friends” bring to life  the constant touring and moving that takes a toll on him. They also express his wish to experience a sense of normalcy with his friends and loved ones.

Another track, “A Song for No One,” presents the era of single Shawn Mendes. The staccato of quarter notes on his classical guitar is overlaid with his quivering singing voice, expressing his jealousy that he wasn’t with Cabello at the time. Soon, the song transitions to a brassy ensemble with a sweet touch of tambourine and xylophone, continuing this message of loneliness.

The use of unusual instruments is another element of “Wonder” that makes the album stand out. Specifically, the use of the synthesizer in his track “Dream” is one of the many peaks in Mendes’ creative instrumental music writing. The synthesizer produces a magical essence, portraying all of the special moments he shares with his partner. This helps the listener empathize with the atmosphere of Wonderland.

Shawn Mendes makes a mark with “Wonder.” Because of its unique array of songs, the album is a lone wolf in the pop music realm. Each soundtrack isn’t just an evolution of Mendes’ musical ability, but also a testimony to resurrecting iconic and melodic 20th-century pop rhythms, instruments and beats to music today.