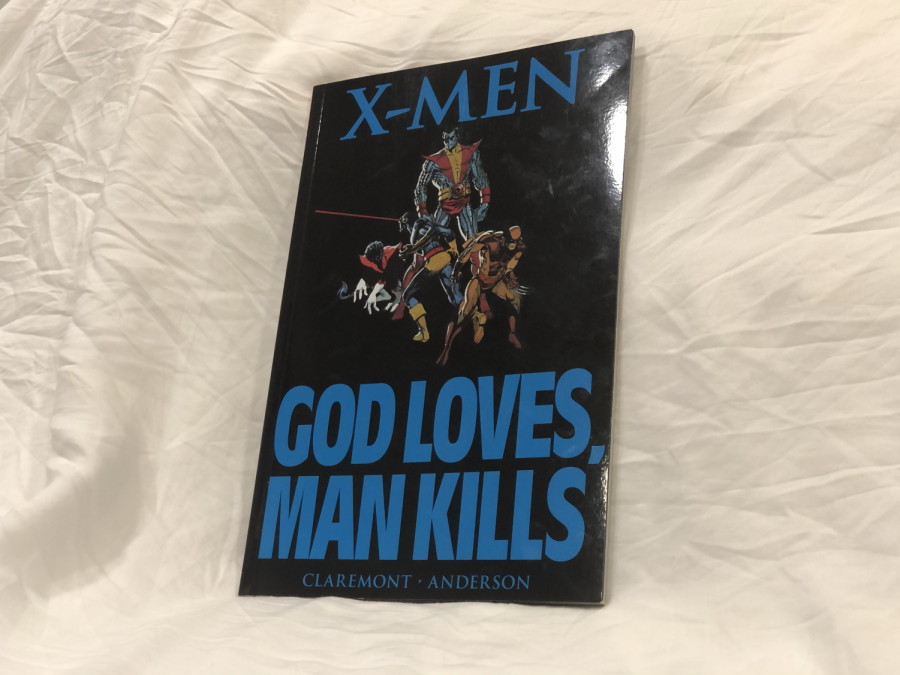 I won’t lie to you, I love comics. Part of it is because I just hate reading novels – all those words on the page feel like they’re flying at me, around me and over me, as I try to figure out what they’re trying to say. Comics on the other hand… they got words and pictures. But not just any pictures, ART. I’m a huge sucker for art, especially that Bill Sienkiewicz-Mike Dringenberg-Frank Miller era of art where they still had the base colors and black line art for shading but had moved on from the stiff “action man” poses to those that looked and felt more natural and pleasing to the eye. Bill Sienkiewicz is still revered for his introduction of this visionary, expressionistic style of art.

Now before you go thinking, “Oh great, the nerd is gonna start ranting,” I promise you, some of these suggestions I have for you today are going to change the way you look at (and read) comics. So without further ado, here are three of my favorite game-changing comic book series that took the industry by its horns and led it to a brighter, greener prairie.

Easily one of the darkest X-Men graphic novels ever released, it stays true to the ideas of hate and discrimination that the franchise is all about. But this installment turns that idea around, as it focuses on the Christian community as the main discriminators. Released as a one-issue, 70-something page graphic novel, “X-Men: God Loves, Man Kills” was revolutionary because of the real-life connection it presented: the struggle between Christians and the LGBTQ community in the 1980’s.

We open with two young mutants being chased by a group of “purifiers” who take their lives in the name of “God and mankind.” This intro sets the tone for the rest of the story, telling the reader that it should be taken more seriously than other X-Men comics.This isn’t your average “the heroes save the day and no one gets hurt” kind of tale.

Next, we see Kitty Pryde, the protagonist, getting into a fight with a normal human boy after he tells her, “Muties are evil! They deserve whatever they get!” She almost beats him into a pulp until Peter and Illyana Rasputin, mutant brother and sister, and X-Men Colossus and Magik break up the fight. They go home soon after to watch Professor Charles Xavier on live TV have a discussion with Reverend Stryker about whether or not mutants are a threat to the faith and beliefs of America. Stryker tells the people how God never intended for mutants to live among humans and how they are the “spawn of the devil.”

What I have just described sets up the traditional conflict between right and wrong, good and evil. The twist, though, is that the Christian Reverend, who back in the day was a symbol for good, turns out to not be so good. That is why I love this story. As a Christian myself, I often find that some who share my religion believe it’s okay to spew hate at others who don’t share our opinions and beliefs. It saddens me greatly, knowing this isn’t what my beliefs are about, but people still feel it’s their “duty” to point out others’ “wrongs” and condemn them for it. Reading a comic book, with characters I like, speak about a topic I have personal experience with is refreshing. It is also encouraging to know that others see and feel the same way I do.

Not to mention, Clearmont already had experience with writing good X-Men stories. He is also responsible for the Dark Phoenix Saga, Days of Future Past and the Wolverine four-issue solo series, all of which changed the future of the X-Men on their own. He shows his clear understanding of the characters and ideas that Stan Lee and Jack Kirby had in mind when creating the X-Men, but also a keen awareness of the issues of his time and how to use them to share a message of caring and respect for others.

Say what you want about Morrison – that he’s messed up in the head, that the stories he tells are crazy and (sometimes) grossly inappropriate, that his writing style scares and disturbs all who read his work – but for those who have read one of his stories, you gotta admit he’s pretty good.

And one of his best – and my personal favorite – is “Doom Patrol.”

This X-Men-inspired tale introduces us to Cliff Stelle, a robot-man whose brain is stuck in a tin can of a body. Crazy Jane is, as the name suggests, crazy, but she also has multiple personalities, each one possessing a superpower of its own. Then there’s Rebis, who is a mix between a man, woman and alien and has the ability to leave his body as “negative energy.”

The story isn’t very straightforward, since it has several different arcs and introduces many villains over its course. What it does do, though, is expand upon the idea, “How crazy can a comic book get?” I won’t go much more into detail about this because I feel it’s really a series best experienced on your own, but I will mention that there is a character named Danny the Street.

And yes… he is a whole street.

What I will finish with is the fact that Morrison’s work inspired the “think outside the box” kind of approach in the comics world. The stories, the characters and the villain are all unique and express what Morrison was really trying to shoot for: something different than all the other comics.

Not to be confused with the Sandman character from Spider-man, “The Sandman” follows the anthropomorphic personification of dreams named Morphosis, named the Dream King, named the Sandman. He has a lot of names, but he also has a lot of work to do. He’s trapped in a glass-bowl prison for 70 years by a secret cult that seeks to capture and control death, who is Morphosis’ sister. He is taken instead but escapes after all that time, only to learn his three sacred objects of power – sand pouch, helm and ruby – have gone missing. He travels across the world to find these items (even goes to Hell at one point) just so he can reclaim his dream kingdom. After he does so, he experiences several more adventures, some of which take place back in time when he meets with Gods from several religions.

That’s the beauty of what Gaiman has written, taking ideas from history, religion and mythology and using them to further push the stories that he wants to show to the world. He’s a mastermind with this kind of stuff. He pays homage and respect to what he is inspired by, but he also tries to expand upon such limits, seeing what he can really do with the material.

Also, and this is just the writer in me nerding out about this, his dialogue is amazing. You get such a good sense of the character you are reading. Morphosis comes off as robust, stern and unkind, while his sister, Death, is such a sweetheart. For other characters, you understand right away what they are about just from the things they say. You can tell if they are crazy, arrogant, kind, just by reading a sentence of their dialogue.

This series is close to my heart because it’s the first comic book series I ever read. It changed the way I looked at comics and how I felt about them. It was the series that made me want to become a comic book artist and writer. Because of that, I have much to owe to Gaiman and what he has written.

I didn’t rank these comics; I didn’t put them in any order. I don’t need to, because these are the ones I love the most. Now don’t get me wrong, there are plenty of other game-changing stories out there: “Watchmen,” “Y: The Last Man,” “Fables,” “Scott Pilgrim,” “Blankets” and many more, but I chose these three because they hold a deep connection in my heart. I feel like they understand me, understand who I am and what I believe in. They connect with my beliefs and morals in life, letting them grow but also challenging them from time to time, making me look hard at facts I may not want to look hard at. They’ve made me a better person in some ways, but most importantly, they made me realize what I want to do with life, which is why I had to write about them.