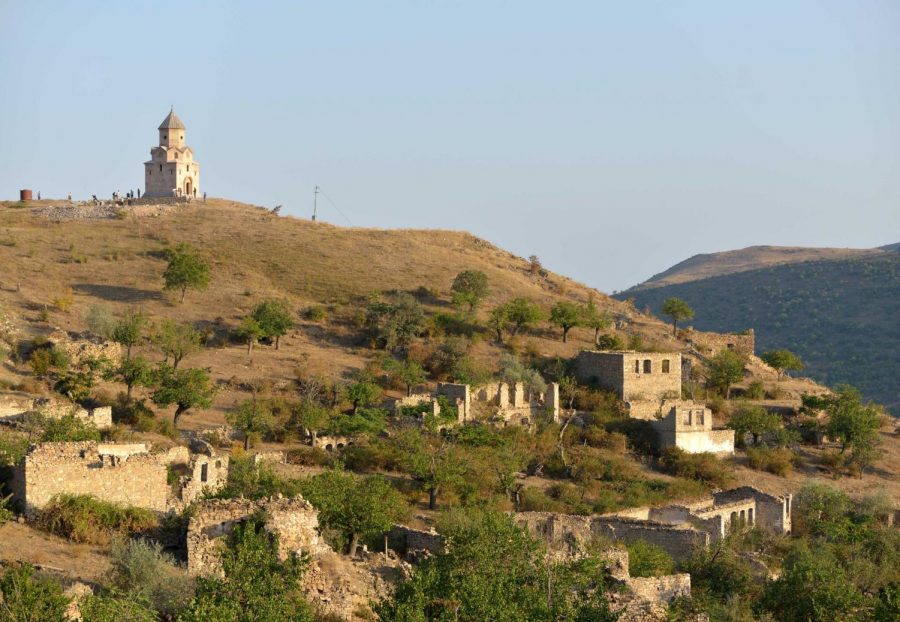 The Nagorno-Karabakh region is at the center of a conflict between Armenia and Azerbaijan – the most important geopolitical conflict of the year, says Vinny Piazza.

Best of 2020: The Geopolitical Crisis of the Year is the Armenian-Azerbaijani Conflict

Saying the year 2020 has not been all sunshine and rainbow is an understatement. This year we saw the closing of our schools, our restaurants, our businesses and a lockdown that some consider dictatorial and others consider necessary. We saw hurricanes in the Caribbean and a rigged election in Belarus, where the dictator Alexander Lukashenko continues to strengthen his iron grip on the nation. During these times, it is likely you have stayed glued to your television screen or your phone watching the news, and as this year comes to a close I think we should review what I believe is the most important diplomatic event in the world this year: the Armenian-Azerbaijani conflict.

This year, after many years of rising conflict between the two nations of Azerbaijan and Armenia, tensions boiled over into full-blown border skirmishes. The two countries have had tense relations ever since the time when they were both satellite states of the Soviet Union. The conflict can be attributed to the disputed region of Nagorno-Karabakh along the Armenian-Azerbaijani border.

The region voted in the 1980s and ’90s to remain part of Armenia as the ethnic majority in the region. This led to an Azerbaijani military campaign, which resulted in a narrow victory for the Armenians. All that came of the truce was Armenia maintaining control of the region, but just barely.

Fast forward to 2020, and the Azerbaijani government launched another military campaign in the region, this time with a much larger and better-equipped army. At first there were hopes that the Armenians could maintain control of the region again, but Turkey supported the side of the Azerbaijanis. This resulted in diplomatic protests across the world.

However, no foreign support arrived on the side of Armenia, besides a small delegation from Russia that wouldn’t be substantial enough to truly help the Armenians, for fear of starting a conflict with Turkey.

Turkey’s involvement is an important part of this conflict. Turkey supported the Azerbaijanis despite the region in question being predominantly Armenian – a big no-no, especially for a nation in NATO like Turkey.

On top of this, there are ongoing accusations of war crimes against Turkey after videos leaked showing Turkish soldiers executing unarmed Armenians and slicing off their ears while they were alive and conscious.

Obviously, this conflict is not one of the “best” things that happened in 2020. As the year comes to an end, though, we should take the time to reflect on all that has happened around the world, and this crisis must be spoken of.