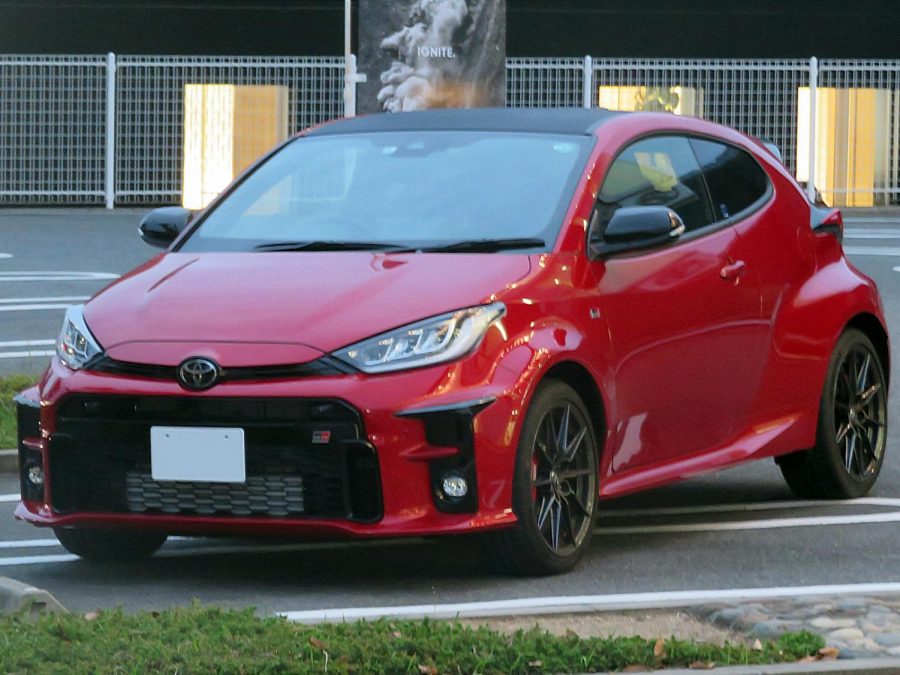 The Toyota GR Yaris is Juan Morales’ pick for car of the year.

This year has had its list of ups and downs; car manufacturers have looked past this, though, and continued to push new cars onto the market. The best new car to be released this year would have to go to the Toyota GR Yaris. A Yaris to most people is just a slightly better version of a Prius, a boring economical car that will get you from one point to another. With Toyota’s increased involvement in motorsports, however, starting with their first victory at Le Mans in 2018, they have consistently worked with Gazoo Racing to develop new cars for automotive enthusiasts.

The GR Yaris is a homologation vehicle that must be manufactured for GR’s Rally Yaris to compete in the World Rally Championship. The homologation vehicle has to have a similar appearance to the one used in the rally races; therefore, Toyota once again worked with Gazoo to create this unique car. The model was released to the Japanese and European markets, but there is still uncertainty about this car coming to the U.S.

This car is not for your average driver; it’s made to go fast, particularly with rally-cross racing in mind. The two-door hatchback comes equipped with a three-cylinder turbo-charged engine making about 250 horsepower. For a car that weighs so little, it produces a lot of power – so much, in fact, that it is the highest power produced by a small three-cylinder engine. This car also comes with all-wheel drive, which makes this one of few all-wheel-drive cars made by Toyota. One of the other unique features is that it only comes equipped with a six-speed manual transmission.

The GR Yaris is pushing the boundaries of engine technology, as Toyota has always done, and it will be interesting to see how well sales do due to the high price of $37,000. This car is meant to cater to a small niche in the car community, and people have high hopes for Toyota’s future as they promised to have more involvement in motorsports.