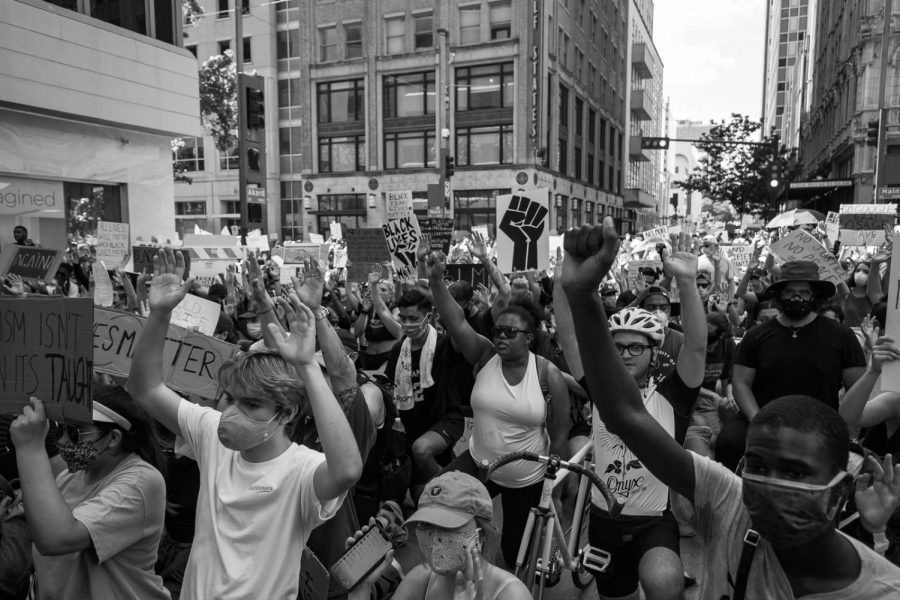 The protests for racial justice that erupted around the country after the police killing of George Floyd make Ray Keirouz’s list of the year’s top political moments.

2020 was filled with many unexpected events, and the political world was no exception. From international conflict to a presidential election, the nation has become perhaps the most divided it has been since the Civil War. Here are the top four political moments of the year.

The highest general of the Iranian al Quds force, Qassem Soleimani, was assassinated on January 3, 2020, by a drone strike ordered by President Trump. The Iranian Ayatollah then released a statement announcing they were going to retaliate and war is inevitable. People in the United States thought World War III was going to start. People started to protest the idea, since the U.S. couldn’t afford another war. Trump claimed the assassination was to end coming wars and not start any. In an effort to retaliate, Iran fired dozens of missiles onto roads around a military base in Iraq, with one missile hitting a Ukrainian airline. While there were no American troop casualties, 176 people died from the plane crash.

Though it was ultimately useless since it led nowhere, President Trump was the third president in U.S. history to be impeached by the House of Representatives. The reason for impeachment was that he solicited a quid pro quo from the Ukrainian president Volodymyr Zelensky. Trump wanted an investigation into the Biden family on the suspicion of money laundering from the corrupt gas company of Burisma. According to the whistle blower, Trump wanted to withhold military funding if the investigation did not happen. The Senate fell short of the majority required to remove Trump from office, with 48 and 47 Senators voting for the two articles of impeachment presented by the House.

The killing of George Floyd led to an uproar from the public, resulting in nationwide protests. Black Lives Matter (BLM) rose as a populist group around the country, speaking out against systemic racism. Their message was clear, but opportunists took advantage of the protests to loot businesses and provoke violence.

As people say almost every election year, “This election was the most consequential ever.” Former vice president Joe Biden ran as the Democratic nominee against the incumbent Republican Donald Trump. The current status of the election is that Biden won the election with 306 electors and more than 81 million votes. The Trump campaign has filed many lawsuits claiming, without evidence, that widespread election fraud took place. The suits have been rejected by the courts, however, and Biden will sworn in as the 46th President of the United States on January 2oth.