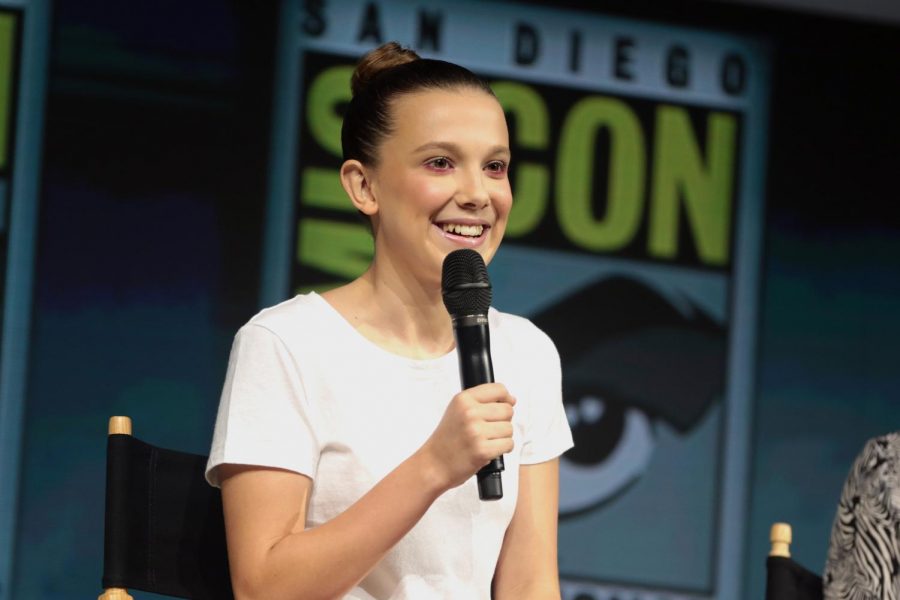 When you think about the best movie of the year, what do you think of? A romantic movie? A comedy? Historical fiction? Mystery? Maybe even crime? Well, what about all the above? If you’re looking for all of these genres in one place, I have a movie for you! “Enola Holmes” is the best movie of 2020.

This movie follows a smart, independent and adventurous young woman who attempts to find her missing mother while staying hidden from her brothers. Even when Enola encounters many obstacles along the way, she stays true to herself and keeps her end goal. Although the movie is rated PG-13 for some violence, the amount of violence doesn’t overwhelm the movie; it fits perfectly with the rest of the scenes.

This immaculate movie starts with a backstory that includes Eudoria, Enola’s mother, leaving on Enola’s recent 16th birthday. Then her famous brothers, Sherlock and Mycroft Holmes, are on their way home to attempt to find their mother. After they arrive, you can tell the brothers have very distinct traits from one another, both physical and mental. As the movie progresses, the development of both characters is very different, but this just keeps us engaged. As the characters evolve from fictional to realistic, they become even more human for better or worse.

I would highly recommend this movie, giving it a glorious rating of 9/10. The movie was a little long, a total of two hours and one minute, making it a little difficult to sit through, especially for those who have a short attention span or want to stretch their legs. But “Enola Holmes” completes all of its plots, leaving us with no questions unanswered. Except for one: When is the next movie coming out?

Many are hopeful for a second movie with new adventures and updates on Enola’s relationship with her mother, brothers and Tewkesbury, a boy she meets along the way. Despite the length, there isn’t a boring moment that makes you wish it was over. People can happily enjoy the whole movie while still hoping for a second one.