The Uncertain Future of the SAT and ACT 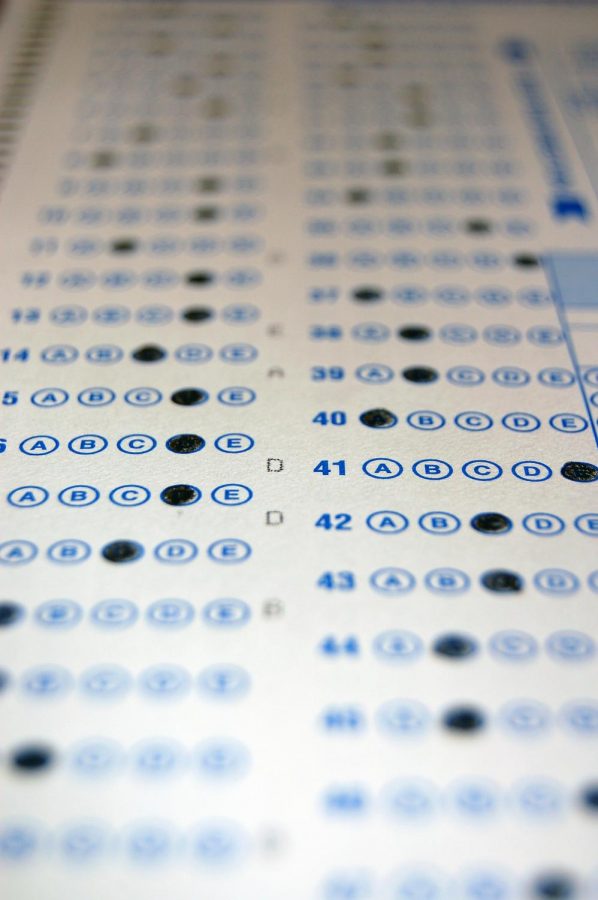 As a result of the pandemic, more than a hundred colleges and universities have adopted test-optional policies for their fall 2021 applications. This list includes numerous high-profile and Ivy League colleges, including University of California, MIT, Harvard and Stanford.

In the minds of many high schoolers, such actions raise the question: if colleges can decide on their entire class of 2025 without SAT or ACT scores, do these test scores really matter?

SAT and ACT are standardized tests implemented in the early 20th century. They were designed as IQ tests and used by the U.S. Army to check the intelligence of their recruits. Colleges began to accept and use SAT and ACT scores for admission in the 1960s.

Proponents of the tests maintain that these scores serve as a way to differentiate between students who look similar on the surface, with approximately equal GPA and extracurriculars. Furthermore, students who maintain a high GPA and take many rigorous classes tend to score higher on SAT. Hence, some argue that these scores can be a quick way for colleges to “pick out” the top applicants.

These scores are meant to provide a reasonable, objective benchmark for comparing students. Supporters of the test worry that the admissions process would become heavily subjective if they were eliminated from consideration.

However, with time, many arguments have developed against the use of SAT and ACT scores. William Hiss, the former Dean of Admissions for Bates College, William Hiss, believes these scores do not hold much value for college admission. He led a study that found that students with good grades and modest test scores did better in college than students with higher test scores and lower high school grades.

Hence, Hiss suggests, universities should look for high GPAs, not high test scores. His findings seem to be strengthened by another study,, which concluded that high school GPA is five times stronger than standardized test scores at predicting college graduation rates. This research, conducted by the University of Chicago, also found that  GPA was a more consistent predictor across universities, unlike test scores.

Critics of the tests also argue that SAT and ACT scores are heavily influenced by factors outside the student’s control, therefore producing an inaccurate picture of a student’s abilities.

One of these factors seems to be the socioeconomic status of the applicant. A 2012 study from the University of Minnesota found that students with higher-income backgrounds generally tend to score higher on the SAT. Ethnicity is another factor. The National Center for Education Statistics reports that while Asian-American and white students have an average SAT score of about 1100 out of 1600, Blacks, Hispanics and Native Americans score around 950. Females students tend to score a little lower than male students as well. Detractors point to this data to argue that these scores are tainted by systemic biases in our society and therefore do not provide an accurate view of the applicant and their ability to succeed in college.

In an interview with PBS, psychologist Claude Steele contended It is the plurality of traits that define a good student who can succeed in college, and it is unrealistic to believe that a single three-hour test can measure all of them. While standardized tests might do a decent job measuring a student’s communication and problem-solving skills, that number alone would leave out critical information including the student’s grittiness, work ethic and value system.

An article from Penn State News puts the argument succinctly:  the SAT and ACT “may test whether or not you remember geometry from 10th grade, but they don’t have any real bearing on someone’s success in [college].” Hence, critics like Hiss urge colleges to reduce their reliance on standardized test scores when judging the candidacy of an applicant.

In the end though, the 2020 admissions cycle will be the main influencer in this debate. If colleges struggle to discern the best students, SAT and ACT will retain their position in the admissions process. However, if colleges feel comfortable with their admitted talent pool, they may remove or decrease their weightage on SAT and ACT scores. The result awaits.