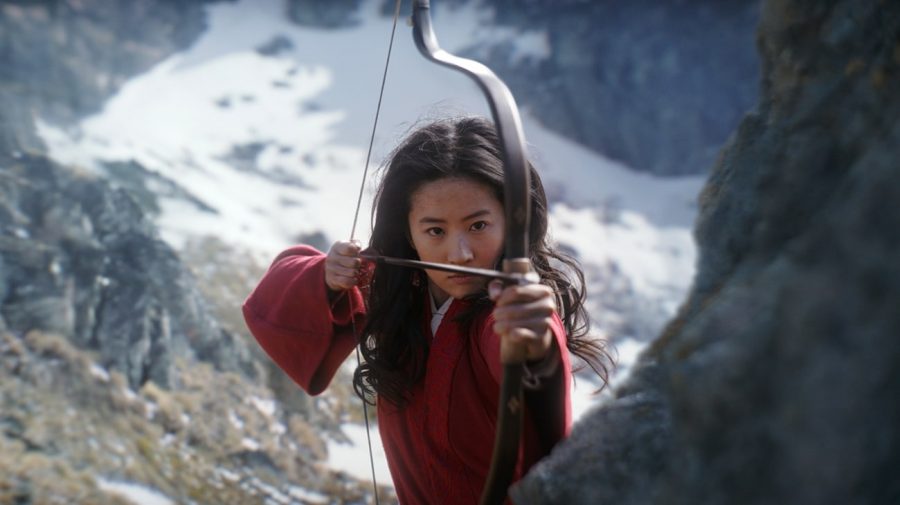 With no more singing, no more beloved red dragon, and no more lucky cricket, the new Mulan film left me feeling disappointed. On September 4th, Disney+ released a live-action remake of the original animated film that was released in 1998. Mulan is part of Disney’s recent wave of live-action remakes like The Lion King and Aladdin. Both movies did fantastic jobs at staying true to the way the original films looked and felt. However, Mulan 2020 was released with a few new features. These additions really made it stand out from the rest of the other Disney live-action remakes, and not in the best ways.

I like how the new Mulan took a different direction in story and genre than the original one; however, it’s hard for me to make the distinction between the new Mulan and the old one, since their stories are essentially the same. As a hardcore Mulan fan, I can say that the new version didn’t represent the original movie well enough, because it left me feeling disheartened from the mediocrity of it.

My biggest problem with the new Mulan is the lack of character development. One moment you would see Mulan as a girl with no experience in battle, then suddenly you would see her as a brave warrior fighting in a war. It’s a pity this movie didn’t show enough of the journey and struggles Mulan faced, as the original movie did. This creates a huge disconnect between the audience and the main character.

In the original movie, the singing made up for the journey and the hardships the characters faced; it effectively showed character development. For example, Mulan sings the famous song “Reflection,” in which she expresses her sadness regarding her failure to be an honor to her family. This is where Mulan as a musical is at an advantage — characters can sing their hearts out and express their hardships in 2-3 minute songs. I feel like we need to see more hardships in the new movie, because that’s what gives the characters more depth and allows us to put ourselves in their shoes; it’s the journey we crave to watch.

When Mulan decides to impersonate her father in the war at the beginning of the animated version, it was a very touching moment. I teared up at the amount of time and delicacy that was put into that scene, as Mulan realized that she was going to join the war. She cut her hair short, a symbol of courage, and spent much time contemplating her decision to abandon her family and fight in the place of her father. To compare, the new movie did not accomplish that same level of emotional complexity. Liu Yifei, the actress who plays Mulan, merely stared at her sword for a few seconds, looked at a shrine with her armor already on, stared at her parents in sadness and started riding her horse to the training camp. This was supposed to be a sad moment, but I was left dumbfounded at how little significance the movie gave to the most important scene in the whole story.

Despite my concerns with this film, I really enjoyed the breathtaking views, beautiful makeup and costumes. The beginning scene when Mulan is riding her horse through the tall grass was really pleasing to the eye. When watching that scene, I felt like I was riding next to Mulan the whole time on horseback; I was immersed in the aesthetic.

When Mulan went to see her matchmaker, she had a gorgeous dress with unique makeup. The embroidery on her purple dress accentuated all the other fine details of her outfit. I am very impressed by the amount of detail put into the costuming. It made me feel immersed in the film.

Although the movie had beautiful scenes, the filming locations have sparked much controversy from hardcore Disney fans such as myself. The movie was filmed partly in Xinjiang, a region in China where Uighur Muslims have been detained in internment camps. I knew about this before seeing the movie, which made me hesitant to watch it.

In defense of Disney, people would say that although Mulan was filmed on territory filled with mistreatment, there is a fine line between entertainment and politics. They claim that people shouldn’t let their views of the treatment towards Uighur Muslims affect their movie experience. I agree with this view, even if I strongly oppose the monstrous treatment of the many innocent people who were detained. Ultimately, I don’t believe that watching Mulan will perpetuate the detainment of these Uighur Muslims. I believe there are better ways to fight for this cause, such as donating to human rights organizations or even just signing petitions.

It was supposed to be released in movie theaters, but Disney Plus released it on their platform as a premier access film since most cinemas are closed. It currently costs $30, and I don’t believe it’s too much money to pay if you are watching it with at least 5 or 6 people. Fortunately, on December 3rd Disney Plus will allow access to all members without paying the additional $30 fee.

In conclusion, the new Mulan did an acceptable job of replicating the old movie. I would give it a 3.4 out of 5 stars. I recommend watching this if you want to enjoy beautiful scenes and enjoy artistic details. However, I didn’t really like the character development overall. Ultimately, this film is worth watching if you are a Mulan fan.