A Young Star For USA 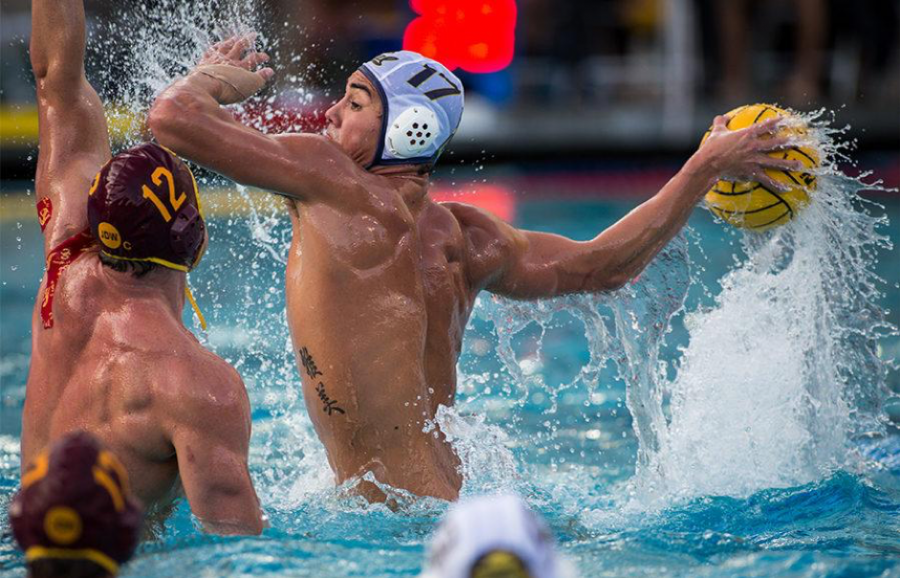 Johnny Hooper is a young, talented and competitive athlete who is on the verge of going to the Olympics. He won’t be going to watch, instead he’ll be apart of a 12 man roster going to Tokyo, Japan to compete for Team USA.  Johnny possibly has a chance of competing with his past high school teammate and one time Olympian, Ben Hallock, with Team USA. Johnny started his water polo career just before high school. When asked what it is like to play with Ben again after the journey they shared in high school, Hooper said, “It’s an amazing experience, we are best friends and I’d even consider him the brother I never had. Having that bond with him in the pool gives off a great chemistry not only for us, but it really allows the whole team to play more cohesively. It’s honestly just unreal to be playing with him again.”

According to  Johnny, the feeling that comes with the name of a USA National Team athlete is much bigger than oneself. A lot comes with the name: “You must find a respect for everyone around you, your family, your friends and especially your teammates. This is because every day you and your skills are constantly matched and exceeded by the ones around you.”

He found the most respect for the people around him when he and his team succeeded in reaching the first step to their ultimate goal, qualifying for the 2020 Olympics. They had qualified for the Olympics at the 2019 Pan American games, where in the championship game, USA defeated their opponent, Canada. The next step is taking the gold medal at the Olympic games. This would be even more of an honor for Johnny as he and his #1 supporter, his mom, come from a Japanese heritage.

His picture, shows a tattoo on the left side of his ribs that spells out a word in Japanese letters, but there is no elaborate story: “there is no real story behind my tattoo, it’s really just that it’s my mom’s name. She’s my #1 supporter and she is always there for me so I want to have her with me when she can’t be there in person.”

He has been playing water polo since a young age and he has been on a national team for USA for a large amount of his water polo career. When asked what it takes to perform in college the way he did while having college practice, national team practice and school work, he responded “It really only comes down to time management and becoming a leader in everything that you do. You can’t really just relax because there is always something to do, whether that is getting ready for a practice, traveling for a game, doing homework or even needing to cook a much needed meal after a tough practice.” “You need to be a leader in everything you do because you’re forced to sit in the passenger seat and then you won’t be able to create your own image in the driver’s seat.”

Hooper has made his destiny by being quick in the pool. He doesn’t hesitate to use this skill: “As you know, I’m on the smaller side of the size in the pool so I have to use this to my advantage. I do this with my quickness, because I know I’m always one of the fastest in the pool, I make it my goal to beat everyone in this aspect of the game. Even if I was just fast, I’d still be at a disadvantage without my aggression and my want to make them make mistakes”.

His skill comes with an immense amount of creativity which comes from Brian Flacks, his high school coach and great friend: “With him being one of the best coaches in the country in my opinion, he taught us what we needed to be taught and allowed freedom in our creativity. This really carried into college water polo, as well, because the Cal Berkeley coaches were the same way as Brain, open to creativity but also great coaches.”

Even with his freedom of creativity, and the ability to celebrate how he wanted to, Hooper said, “I try to stay emotionless and just put my head down and swim back to half. I really only celebrate when my team needs me too. Even then my celebration is just a simple fist pump in the air and a cheer”. Hooper believes that it is pointless to really celebrate if you can get in your opponent’s head by acting like scoring that goal was just an everyday thing.

As Johnny ramps up for the Olympics, he shared his favorite places he has traveled with Team USA over the last three years. He said that he loved Australia simply just for his love of the beach and the experiences you get. Some of his other favorite places were Montenegro and Budapest: “I loved Montenegro because of the beauty and the environment and I loved Budapest because even when we were across the world, it felt a little like home”

Ultimately, Johnny Hooper has been exposed to numerous experiences allowing him to become a role model for young athletes as well as a young crafty star for Team USA leading into the 2020 Tokyo Olympics.