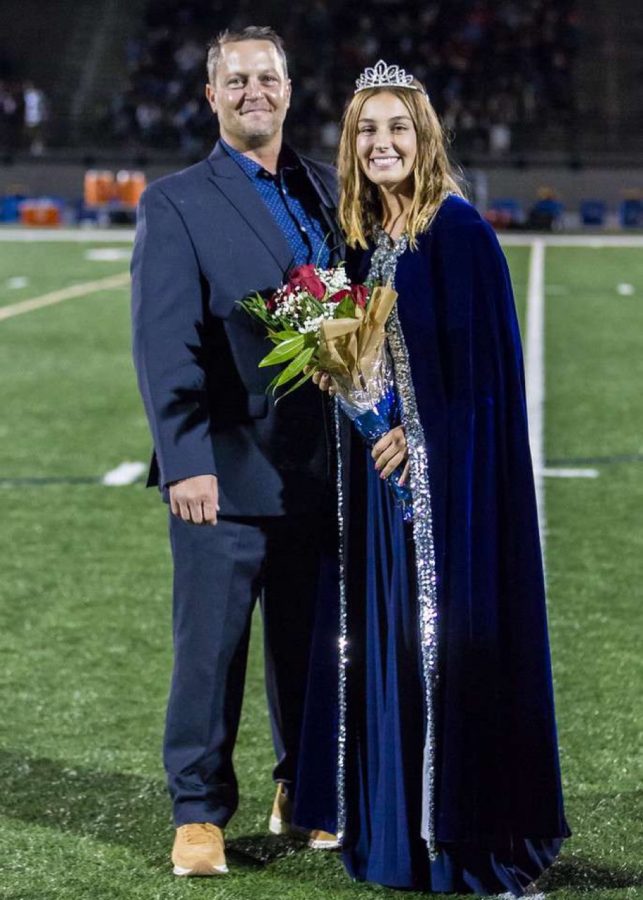 On October 4, 2019, Newport Harbor celebrated its homecoming football game against Fountain Valley at Davidson Field with a decisive 38-24 victory. As the Sunset League Opening game, it marked the start of a winning season for Tars Football. It also marked the first league win in head coach Peter Lofthouse’s two-year tenure at Newport Harbor. The players and students could not have been more excited for the season to be starting off so well.

With a packed home side of the stadium, students piled into the student section, all decked out in their camp showing their school spirit, hoping to get a good seat before they all filled up. Sailor fans were treated to halftime performances by the NHHS band, dance team, and senior spirit squad. The homecoming court was chauffeured in by a mini train.  Homecoming court princesses included sophomore Elizabeth Mcman, junior Cadence Cockrell and seniors Jasmine Amire, Mariam Alkali, Amra Barton. The ceremony concluded with the crowning of NHHS tennis stand-out Amra Barton as 2019 Newport Harbor Homecoming Queen. She was “so ecstatic to know that fellow classmates all voted for her,” says Amra. Winning homecoming queen was more than just a crown to Amra it was an “honor” for her, especially with all of her friends and family there to watch.