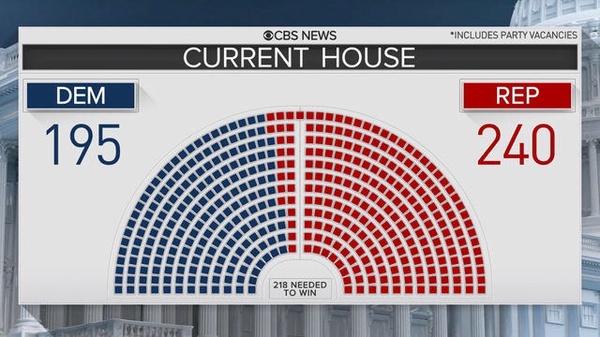 On November 6th, the United States Midterm elections will commence. The midterms happen right in the middle of the presidential term, hence the name “mid-term”. The entire 435 member House of Representatives is up for reelection, after their two year terms. However, only ⅓ of the 100 member Senate is up for reelection after their 6 year terms. Outside of Congress, city and state government representatives are also up for election.

This midterm election is key, because currently the House is controlled by the Republican party. Polls show that it is likely that this election will make the House of Representatives flip and become Democrat controlled. If this does happen, it will change President Donald Trump’s administration from being able to push bills through Congress.

In Trump’s next two years in office, he will struggle to remain productive with a divided government. The role of the media and the current conflicting political climate amps up the intensity of the publicity and campaigning going on for both re-electing and for challenger candidates.

The amount of new voters this year have spiked in this election. Surveys have shown that the amount of young voters that have registered this year could be historic. Typically, American citizens from 18 to 29 years old only vote in the the presidential election, leaving the older generation to take care of  the midterms. Growing up in the poisonous political climate the past few years, young voters have experienced this strife and President Trump’s administration over the past two years, and are ready to use their vote. Hot topics with the younger demographic are women’s rights, gun laws, and school violence. Many new voters have found that the older generation is not taking their votes and issues too seriously.

At Newport Harbor, seniors that have recently turned eighteen are able to register to vote for the first time in this election. Senior Nicole Nesbitt will be voting for the first time in the upcoming midterms. She said “[she] still [doesn’t] really know” what to expect. She is “excited to exercise [her] ability to vote for the first time this year in particular after experiencing how toxic the political climate has been in recent times.” Overall, this year’s midterms will be historic for many reasons such as a switch of party in the House of Representatives and the tremendous growth of new voters.