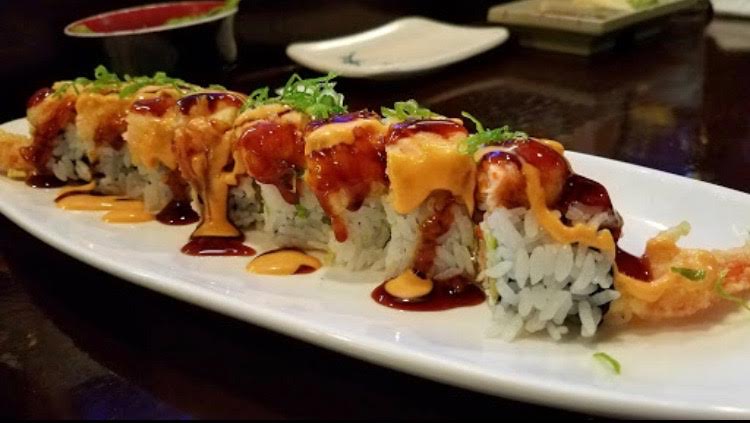 Located next to everyone’s favorite yogurt shop on 17th street, House of Yogurt, is Jack’s Fusion Sushi. This fairly well-known restaurant has been serving good, quality sushi to their loyal customer base for several years now.Other sushi restaurants, like Nobu, serve quality sushi as well, but at a much higher price. This hidden gem really is the best sushi that one can get in Newport, especially at its price point. Jack’s is a fusion restaurant, meaning that they combine cuisines of different culinary traditions, but they don’t serve omakase or dishes along those lines.

Jack’s is a fairly unassuming restaurant — a diamond in the rough if you will. Walking into the restaurant, there is a syncretic atmosphere of modern and traditional Japanese styles. The hottest tunes are always playing, but the volume is not so loudly overbearing that one can not converse with their company. The waiters are quick and attentive, always making their customers a top priority. At the sushi bar, you can oversee the main chefs rolling the sushi; and they are always up to have a good conversation. Watching them in their craft is quite magnificent.

We ordered their classic miso soup, the Philadelphia roll, the rainbow crunch roll, and their shrimp and vegetable tempura. They also served complimentary edamame, which many sushi restaurants tend to charge for. The food was relatively quick, and perfectly fresh with a good portion size. It is obvious that the fish is grade A and of a quality selection.

The only issue one could find with Jack’s is that it can get very busy, especially if you were to go at a popular time. However, their take out service is always a valid option. But crowds or not, Jack’s has been in business for over 10 years now and will continue to be a staple restaurant in Newport Beach. So, if you are looking for good, quality sushi at a reasonable price, Jack’s Fusion Sushi is the place to go!