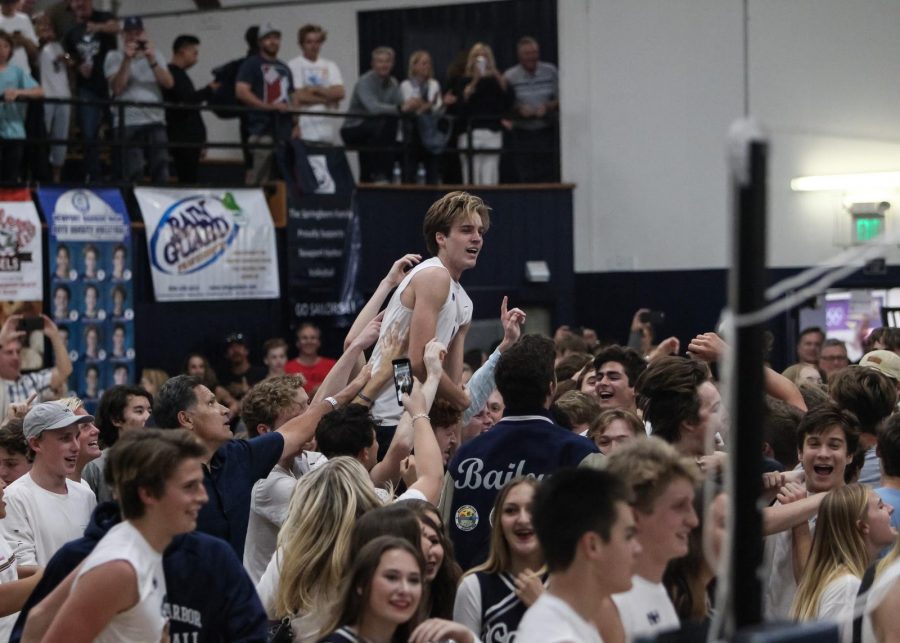 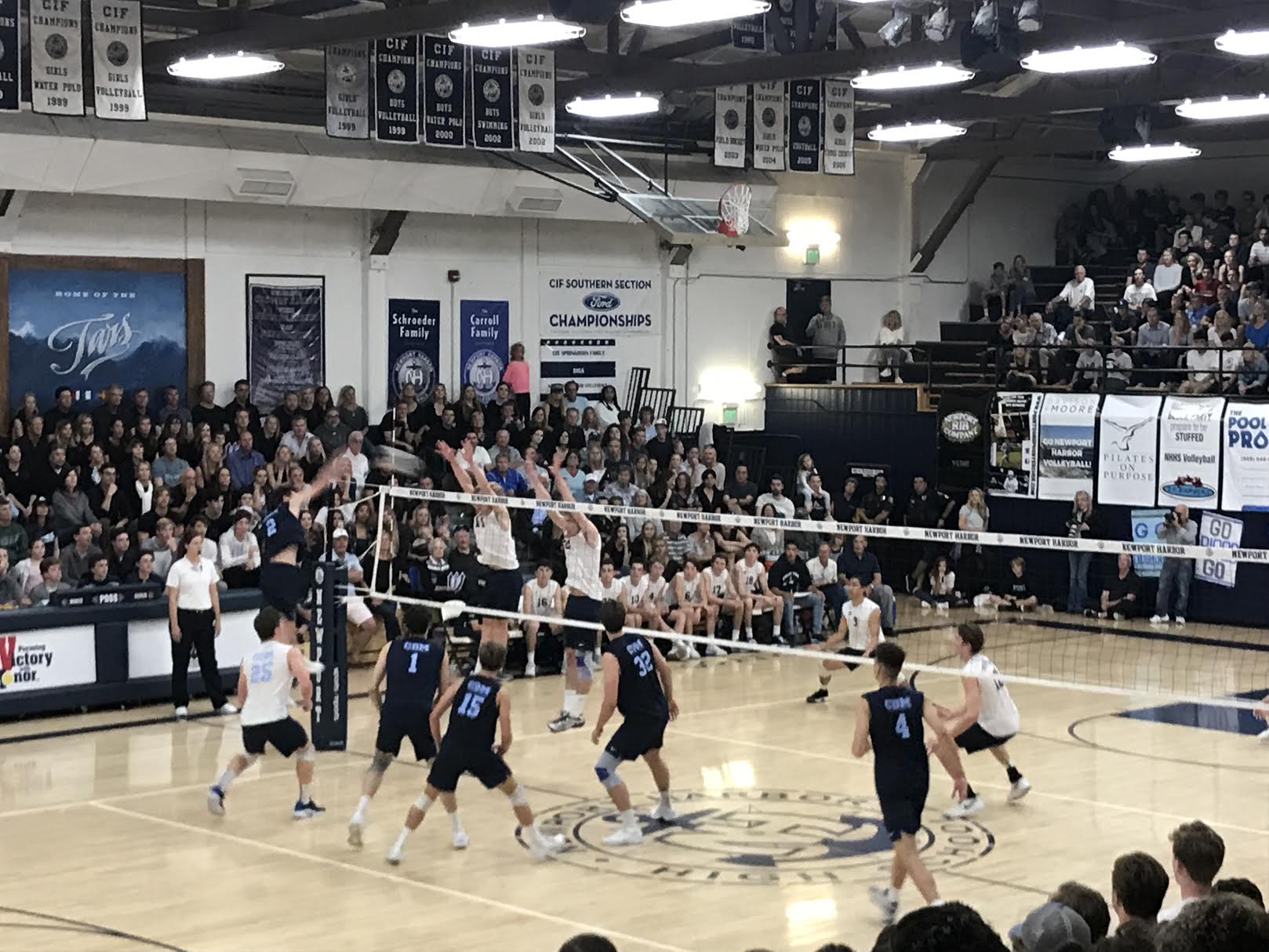 Our own Varsity Boys Volleyball team, the top-ranked team in CIF Southern Section Division 1 which has stayed undefeated at 20-0, swept the floor against Corona Del Mar High School at the annual Battle of the Bay on the night of April 7th. The biggest game of the season was why the boys have been practicing for the past weeks. Although we already beat CDM two weeks ago in the Orange County Championships title match, this is the one that really counted. Students, friend, family, and alumni came from all over to see this epic showdown and our boys game them one.

With both sides of fans cheering for their team, the energy throughout the gym was electric. As the stands fill up with fans and the chatter grows louder our team began warming up. Everybody was hoping for a win and the boys on the court preparing to do anything for it. With traditional exchanges of chants from both ends, the crowd was roaring before the match had even started.

Senior, Cole Pender had 15 kills and 10 digs while junior, Jack Higgs had 14 kills and three service aces for us Sailors. Junior, Joe Karlous dished out 44 assists for Harbor, who got five kills from Ethan Talley and eight digs from Ryan Schroeder. CDM was in each set but Newport Harbor pulled way in the first set, 25-18. Within the second set, CDM senior Kevin Kobrine’s 10 kills amounted for half of the Sea Kings’ 20 points in the set, but Newport Harbor prevailed once again. Three straight kills by Pender gave Newport Harbor a 23-17 advantage, and the Sailors won the set on an ace by Pender leaving the score at 25-20. The third set was a tighter match between the teams, with CDM’s Kobrine dishing out 22 kills. The Sea Kings tied the score at 22-22 on Kobrine’s kill, then at 24-24 on Brandon Hicks’ kill off the block. Happily, for us, CDM had a serving error, then a hitting error into the net, to close out the match 26-24.