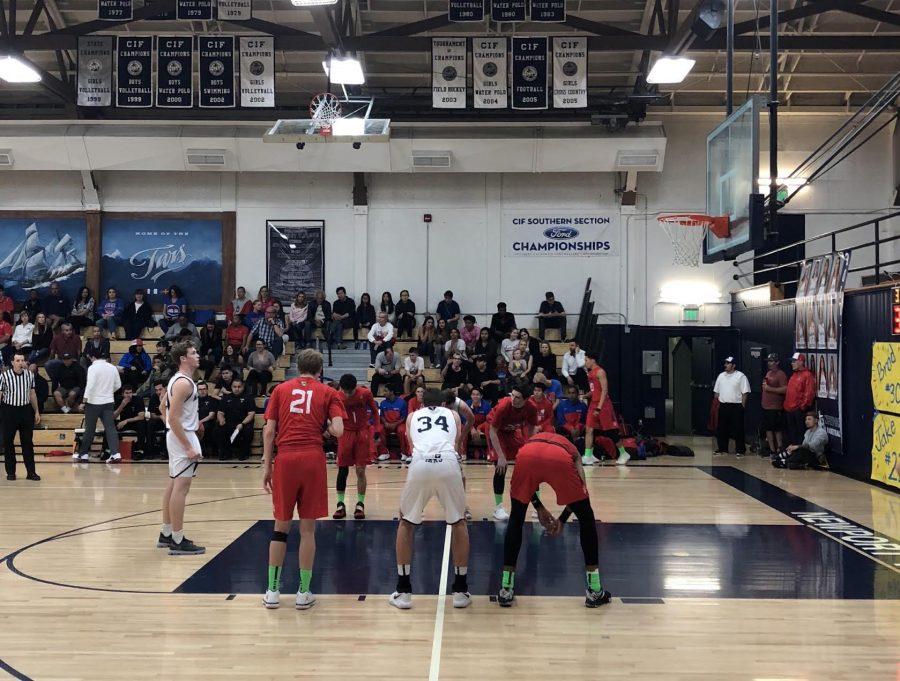 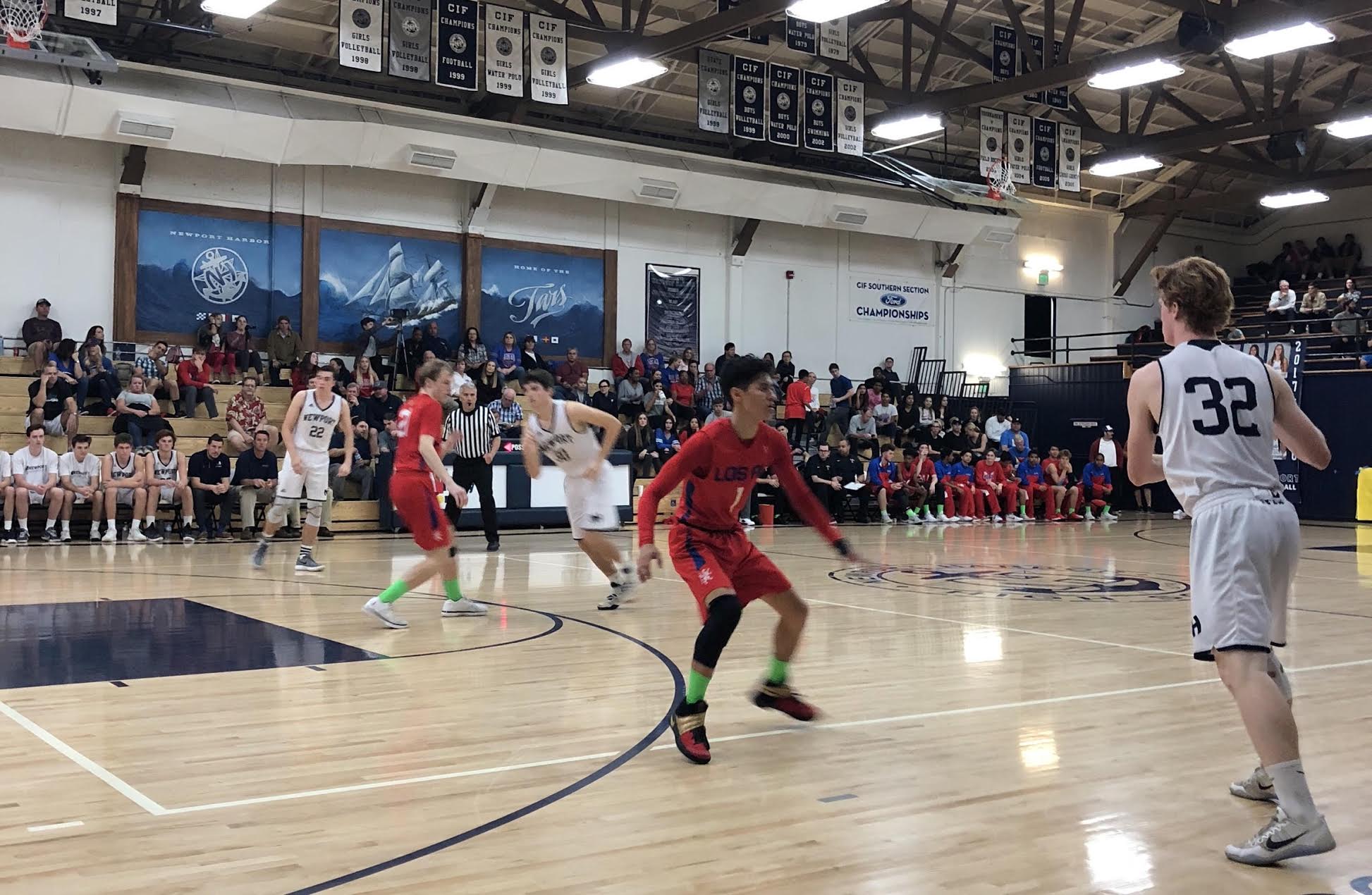 On February 8, Newport Harbor Varsity Boys had their last home basketball game that determined whether they made it to CIFs the following week. With the consistent hard work, cooperation, and dedication that seems to be present in all their games, the boys delivered their best and were able to take the win.

Playing against Los Alamitos, the boys were more determined than ever to give it their all in order to make it to CIFs, the goal of the Sunset League title pushing them on. Harbor managed to take the lead and keep it consistently throughout all four quarters, with the exception of Los Alamitos gaining ahead once before Harbor quickly took the title back.

In the first quarter, Newport started slow but ended strong with a 12 – 8 lead. This continued throughout the second and third quarters with three-pointers made by Zack Swies and Robbie Spooner, leading Harbor with 40 to 35. Los Alamitos made a comeback during the fourth quarter, now at 46 – 44. They scored another shot, leaving Harbor only one point ahead at 47 with thirty seconds remaining. Sam Barela made his amazing last-second play that put Harbor at 48 to 47 with fifteen seconds left on the clock.

With less than three seconds remaining, a Los Al player was given two free throws that could have tied the score or put them in lead. Fortunately for Harbor, both free throws were missed. Our very own Jake Bashore went for the rebound but was fouled, giving Harbor a chance to open a last-minute gap. He missed his throw, but the rebound went uncaught and the buzzer signaled the end of the game. As always, Newport’s student supporters ran onto the court from the stands and cheered for the victory.

There were a total of 13 points made by Robbie Spooner, 11 from Sam Barela, 10 from Zack Sweis, 7 from Will Harvey, 4 for Brad Siegel, and 3 by Dayne Chalmers. The game was a huge success for Harbor, and Newport earned its first basketball league title in over 15 years. Fight on Sailors!