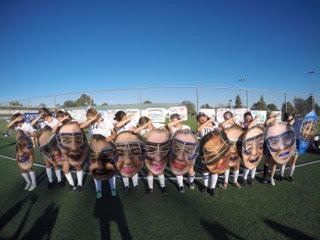 For as long as harbor students can remember, our field hockey team has had a tradition of performing a dance at the homecoming rally. When interviewing Rylee Warmington (a junior) and the starting defender on why they perform, she responded with “to carry on th 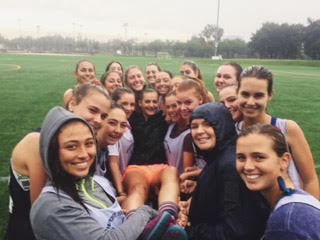 e long standing tradition. Our coach performed and every year since and she has been excited to watch us not only ‘perfect’ our dance skills but our leadership skills by unifying the team with a fun activity”.  On how the tradition started,  Annie O’connor a junior who plays midfield, responded with “ No one quite knows the origin of [the dance] although its been around for as long as we can remember”. Although the girls don’t know exactly how the tradition started, junior Sarah Sheldon, a three year varsity player says “ We may not know how it started, although I believe it holds significance because at our school, girls sports used to never truly matter although with this dance it makes us seen and acknowledges that we are here, we matter, and we are just as significant as the boys teams are.”
As the homecoming rally came closer and closer, our varsity field hockey advanced in their league to the sunset league by beating Glendora high school  3-1 and Harvard Westlake high school 2-1, prior to their amazing victories they played in the Helix tournament down in San Diego where they came in first place, sweeping the field 5 times! All of these wins came during the rally week, boosting their reputation an 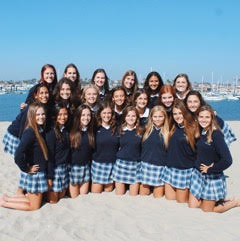 d sky rocketing their place in league. Sammy Kerrigan, a junior on the team, spoke about their success and how they have gotten so far “ Whenever we are playing or practicing we aren’t doing it for winning we are doing it for each other, proving to everyone else on the team  that we have other one of our teammates back. We also have amazing coaches who push us every single day to finish strong.” Even though these girls have played some “scary” teams, they said that the most nerve racking aspect of being on the team is always their performance in font of the whole school, and having all eyes on them. Although the team may have been nervous, they never broke a sweat, and acted cool and collected. Not only did they pull off a perfect juju, but they truly stole the show!
Delete Image
Align Left
Align Center
Align Right
Align Left
Align Center
Delete Heading