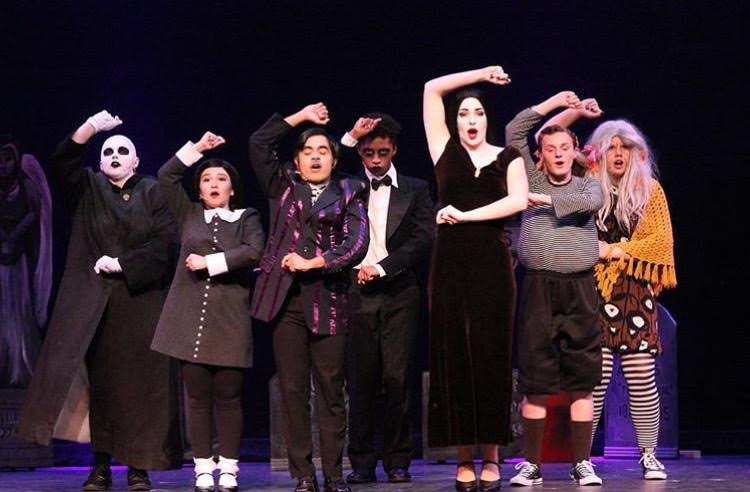 Just this past week, the NHHS drama department put on three productions of the Addams Family. These shows included two evening shows and 2 matinees. This show was adapted from the popular TV series and movie. We talked to a couple people from our drama department to get the inside scoop! Senior, Austin Christensen played the role of Mal Bienke and says it was one of his favorites series! His favorite part of doing this play was doing the show for the elementary kids when they came in during lunch. Christensen also claims that this play was not different in terms of the process, but it was different in the way the cast 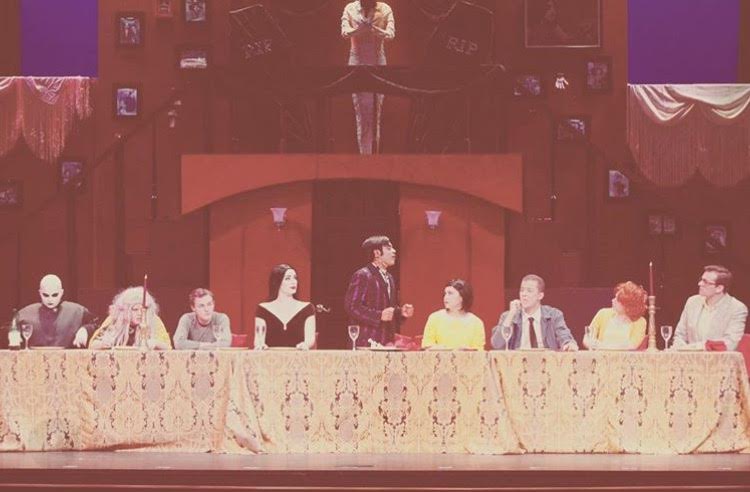 has ever acted before. Everyone acted as a family and they all felt a really tight bond through the works of this production! Christensen says, “After [his] four years and 13 shows, [he] has never seen a closer cast and crew.” After interviewing the lovely Austin, we got the chance to talk to the very talented Chris Surridge! Chris began preparing for the play early this January upon receiving the script to study up on his role of Pugsley Addams (the younger son of Gomez and Morticia). Surridge says he had watched the original Addams Family on television (it always preceded the Twilight Zone re-runs) and also watched the two live-action films (The Addams Family and The Addams Family Values, the latter being his and his father’s favorite). Chris’s favorite part of the play was one performance when a light bulb shattered on-stage during the opening, “my ratchet chain snapped off, and I got broken glass in my leg from the bulb.” After this encounter, Surridge realized that “as an actor, the gift of something going wrong both heightens our energy and keeps us on our toes.” The main thing that made the Addams Family different from their other shows was the fact that it was so modern, rather than classical like other plays they have done in the past. Surridge says this show was the second most successful play (besides the sold-out Mousetrap) this year and by having a good mix of both modern and classical pieces, the audience (parents and students) is able to truly appreciate the diversity of the acting and technical abilities as well as educating and enlightening everyone with all facets of theatrical joy. The mix of modern musicals of today and the classics of yesterday will keep our department thriving with new audiences and new challenges to the actors and tech. There’s a show for everyone out there, whether modern Hach or legendary Shaw, and with our popular Addams Family and sold-out Mousetrap, we can safely say this diversity will continue.